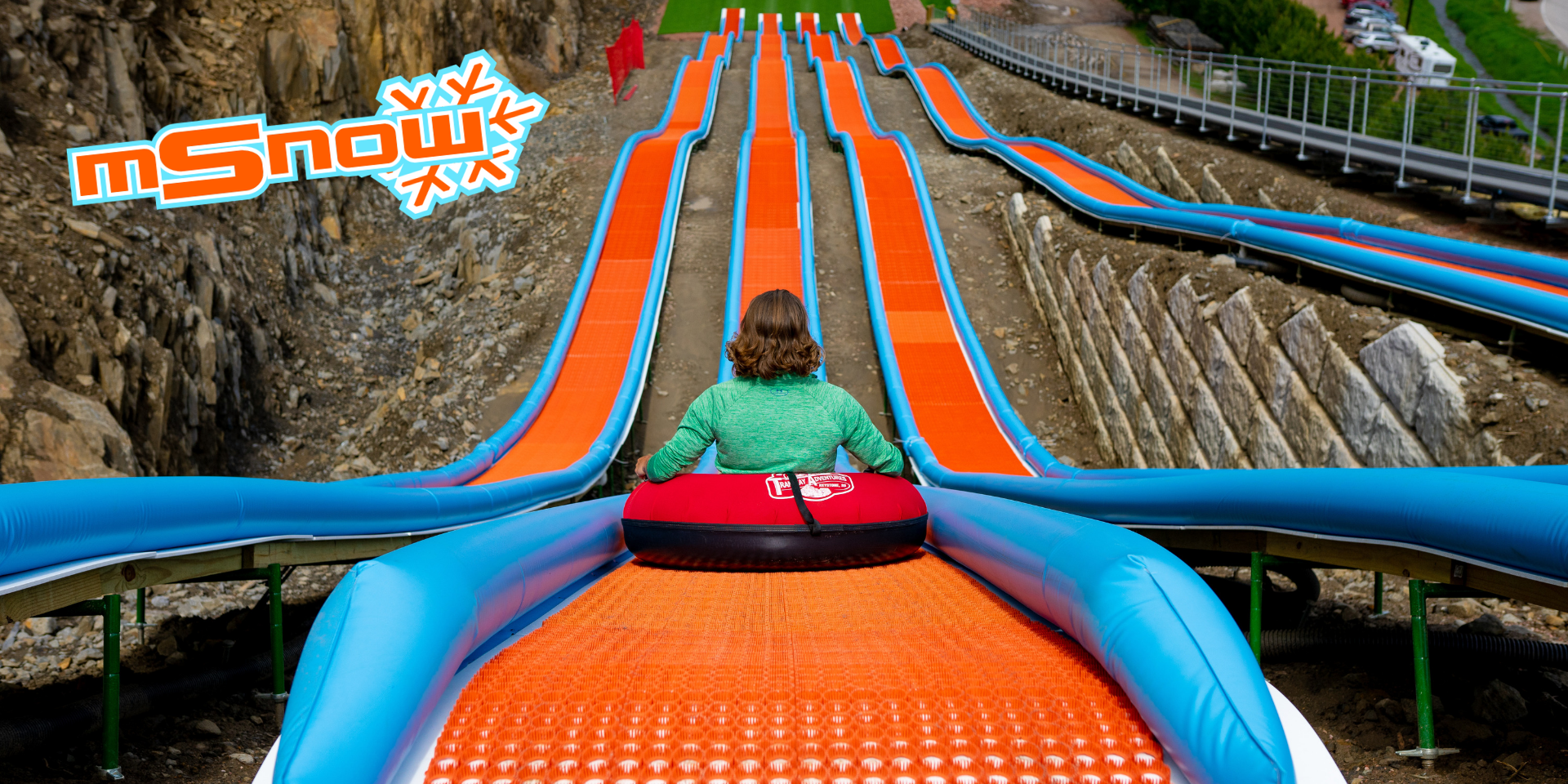 After the initial site visit and after reviewing topographic maps, mSnow determined the site just didn’t have any suitable locations for summer tubing. RTA owns and operates their own equipment and is no stranger to difficult construction projects involving blasting and excavation. They were convinced that summer tubing was going to be the next big attraction in the Mount Rushmore area. mSnow’s engineers went back to the drawing board and came up with a hill profile that would fit within their exciting adventure park!

Boasting 3 extreme lanes and one kids’ lane, this summer-only tubing hill has over 1400 linear feet of mSnow’s Tube Slide™ product.  Tube Slide™ is an elevated summer tubing track that is supported by frames and screw jacks.  These screw jacks allow for adjustment and fine-tuning of the track.  At thrilling speeds of over 30 mph, without the ability to fine tune the track, tubers would feel every bump.